Sumptuary Customs for the Barony of Cynnabar

(or, How to Use the Baronial Heraldry) 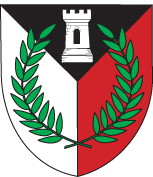 Full Baronial Arms: Properly only worn by the Baron and Baroness. May also be worn by Their Herald when that person is serving as Their Voice, typically in Baronial Court, but also in the Field or other locations as required. It is traditional in Cynnabar for the Baronial Militia (armoured and rapier fighters) to carry these full Arms on their shields when fighting as a unit, as the militia is considered the Baronial Bulwark (or “the Baron’s Clenched Fist”). 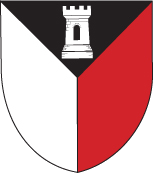 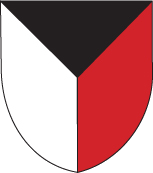 Baronial Livery: The Livery is properly worn by anyone who is in the act of doing service for the Barony. Most often worn by groups, such as the Militia, Choir, feast servers, retainers for Their Excellencies, etc., when serving together in the Barony’s name. Generally worn in the form of tabards or baldrics. Members of the Militia traditionally receive a surcote with the Baronial livery from the Baron and Baroness, given in perpetuity. 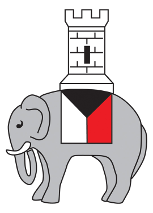 Populace Badge: The Badge is available to be as a worn as an emblem on your person to identify yourself as a citizen of the Barony. It should be used in a manner that is easily visible -- but not ostentatious (preferably no larger than 3-1/2”).